Alaskan Arctic Char are a beautiful fish that most resemble a brook trout. We target these fish in 4 rivers and fish for them at only the prime time for an unforgettable experience. Char average 16″ to 18”, and some have measured over 27”. It is very common on some of the rivers we target to land over 50 char in a day! These beautiful fish are a great species to target for both novice and experienced anglers. Most guests of Anglers Alibi enjoy taking a one day fly-out fishing trip for char over rainbow trout. This is because the rivers are pristine and the fish are very healthy. If you enjoy fishing for brook trout, then this is a fly-out experience you may want to consider.
Please give these hand painted gems a try on your next Alaska fly-out experience
Contact Anglers Alibi if you'd like to book

When We Fish for Arctic Char

Arctic char are resident fish in the Alagnak system and we can usually start targeting them mid to late July - we typically say the ideal time to target char in our streams will be from the third week of July through the end of summer.  They are very migratory though and we have both strong and lean years in our own river but can fly-out to some streams that have huge populations of char.

​Char are not really that big, but some will hit that upper 20 inch mark, sometimes touching around 27 inches.  We prefer 6 or 7 wt. rods when targeting char.  In every river system, the possibility to catch a larger rainbow trout always exists so it does not make sense to drop down to a 5 wt.

Floating lines are all that is needed to target char as they are not in deep water like rainbows prefer.

In the area that Anglers Alibi camp is located, we have both Arctic Char and Dolly Varden.  Both species are hard to differentiate, but will be targeted with the same fly patterns. Char are eager feeders just like trout.  They love egg patterns and flies on the swing.  What most people do not know is they are eager to hit surface patterns even during the peak of an egg drop/ spawning situation.  We mainly use beads when targeting char but really like to use a fly pattern called a gurgler.  These are foam bodied flies that are bright orange and pink in color.  Sure, even rainbows will hit these on top, so we love fishing these when the bead fishing seems to get a little too easy. ​
​Please note that Angler’s Alibi supplies all flies and tackle with no extra charge.​ 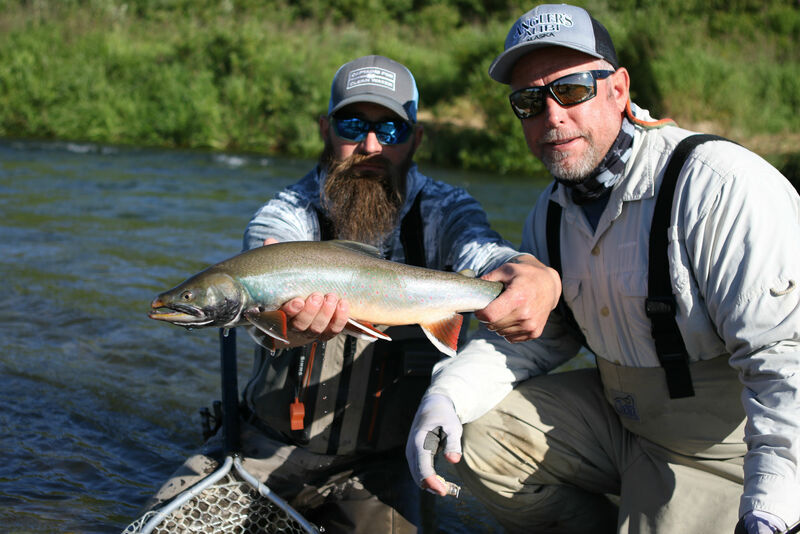 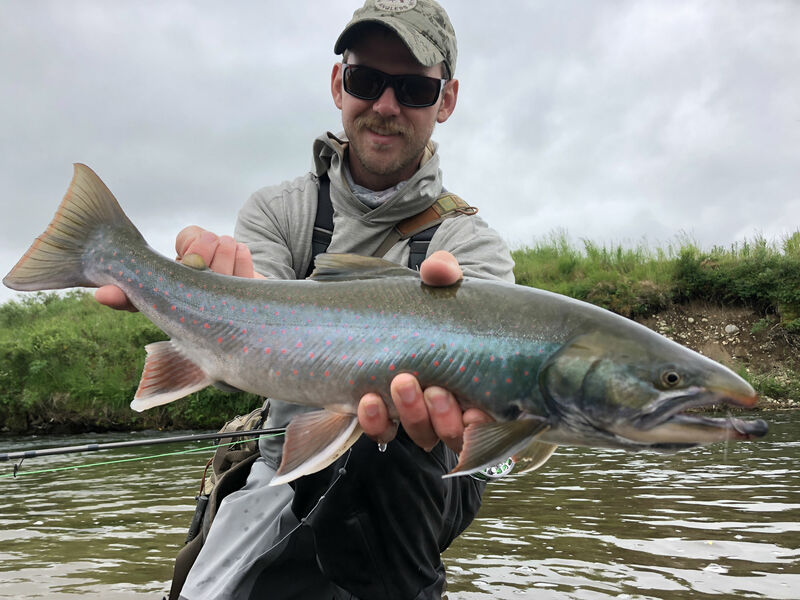 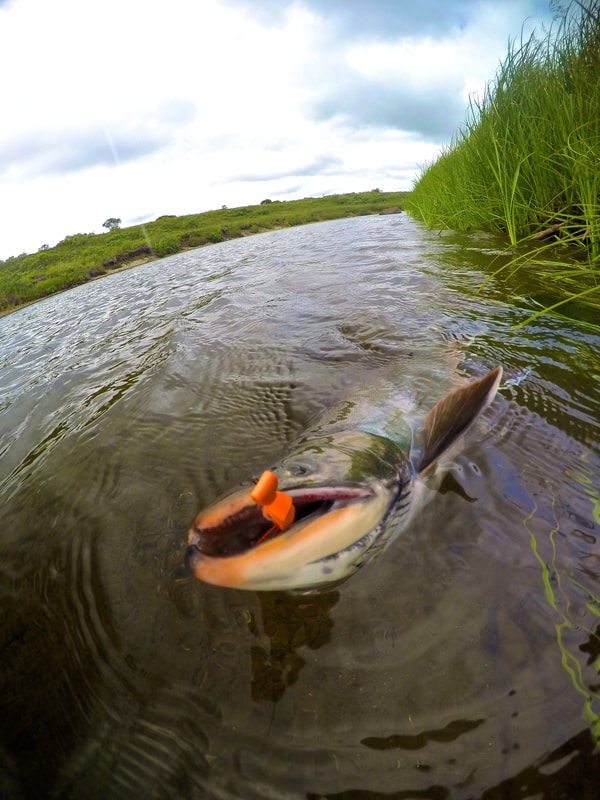