​​The Nushagak River is considered to be the best king salmon river in the world.

The Nushagak River is considered to be the best king salmon river in the world!  The "Nush" (as it's known) routinely has a run of king salmon that is near or over 100,000 kings!  With these amazing numbers, it is no wonder this river is so popular worldwide among salmon fisher people.  The Nushagak River is also the largest river system in Alaska's Bristol Bay.  It has runs of all 5 species of salmon and an amazing trout fishing far up in its headwater streams, creeks, and rivers.

The Nushagak River much like our Alagnak River, is in a league of its own when it comes to it’s king salmon.  You constantly hear about how crowded the king salmon fishing is in Alaska, but that is in the rivers along the road system in areas closer to Anchorage.  The Nushagak is in Bristol Bay, far, far away from any cruise ship port, road system or major city.  The Nushagak River is has much more traffic than our home waters but can still be a top notch fishery for sure!  The only major economic impact in this part of Alaska is the commercial fishing and sport fishing industries.  The state of Alaska has done well with keeping it this way and this king salmon run continues to be one of the best in the world!

​Angler’s Alibi has had a great opportunity to utilize this river system via a fly-out with our air taxi service.  We spent an entire king season in 2019 on this river making sure we knew how and where to fish this incredible river.  We will have a boat on the river to guide anglers seeking a day trip to this river during king season.  This flight is only about 20 minutes from our location on the Alagnak River.  Bait is allowed here and we have some great places to swing flies as well on the tides for new kings coming in the system eager to strike a well swung fly.
Contact anglers alibi to fish the "nush" 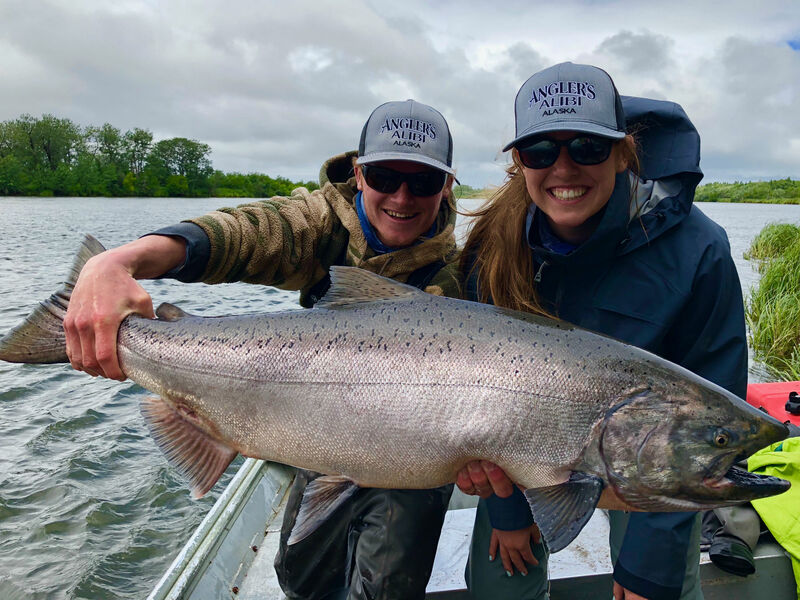 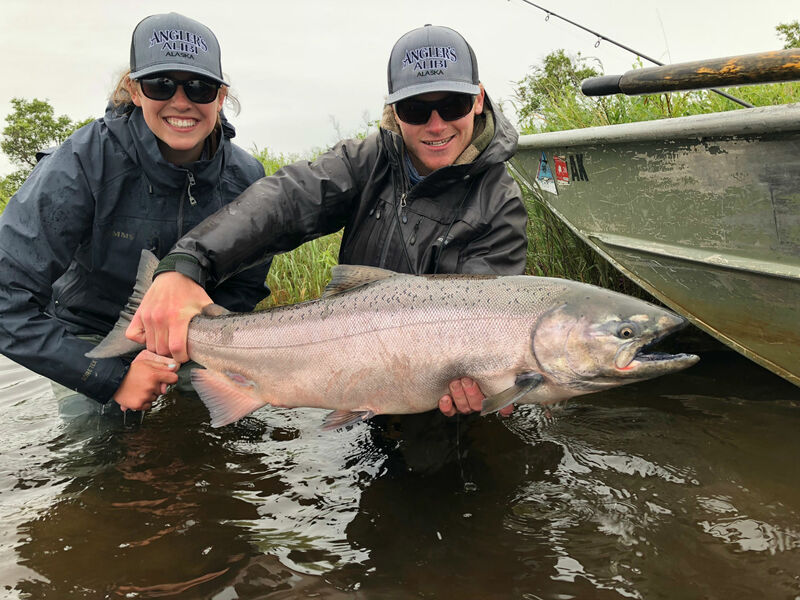 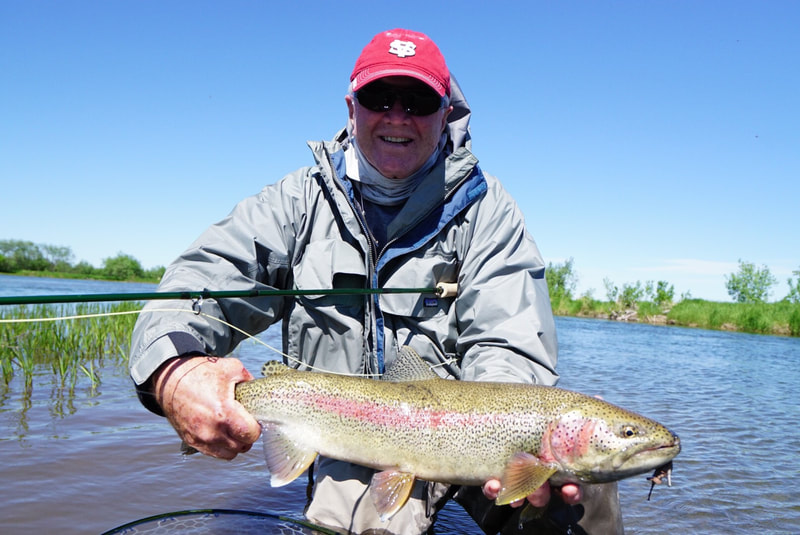